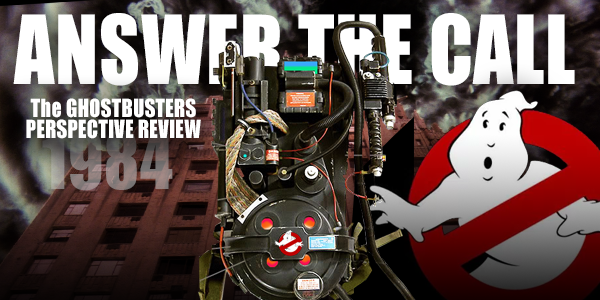 There are many logos that you can look at around you on your mobile device, your drive home, inside the boob tube and thousands of other places. Only ONE conjures the answer however to the question – who you gonna’ call? In 1984, Ivan Reitman directed a special little feature film, exploring the paranormal, the normal and the comedic inside of the city of New York. It was called – Ghostbusters. It was deliberate. It was fun. It continues to receive stellar reviews even now 30+ years later and is the seed for many new efforts that feature the moniker, “Ghostbusters”. How did the original win hearts? What do YOU think of the original 1984 romp that talks about a gatekeeper, a keymaster, a destructor and – the Stay Puft Marshmellow Man? It’s all here inside The 2GuysTalkingHorror Perspective Review of Ghostbusters, 1984, Directed by Ivan Reitman on The 2GuysTalking Podcast Network. Be sure to tell us what you think!

— The Under Siege Perspective Review: It’s been something we’ve talked about for a LONG time, but we’re eager to welcome former Navy SEAL Chris Sajnog who’ll be on to talk detailed, real-life SEAL experiences and nitpicking when it comes to this 1988 feature film! What do YOU remember about Under Seige? Tell us now!

— The First Blood Perspective Review:  It’s a movie that we all can remember – at least – if you’re old enough to have actually seen it! We’re excited to have some more details about the upcoming First Blood Perspective Review that we’ll be capturing soon! Look for more details about it in the near future and be sure to tell US what you think of this 1982 action classic starring Sylvester Stallone!

— Ghostbusters on WikiPedia: Check out ALL the facts now!

— The Real Ghostbusters on Wikia: Get ALL the Animated Facts now!

— The Extreme Ghostbusters on Wikia: Get ALL the Extreme Adnimated Facts now!

— The Under Siege Perspective Review

— Check out the Corn Combine of CASH that is Ghostbusters (1984) to Date from BoxofficeMojo!

— A Link to Boss Films

— A Link to Stranger Things – A Netflix Original Series

— A Link to Netflix – Get the Newest Stuff Now!

— The Original Ghostbusters Movie Trailer Prior to the 1984 Classic

— A Link to Watch the Bzzzzt! Scene from Ghostbusters that Mike Dreams/Envisions Regularly

— The Ballroom Scene inside Ghostbusters – True Service/Sales Satisfaction on Screen

— Check out a TON of Special Feature About Ghostbusters!

— Not sure what a Matte Painting is? Check out some of the most famous in movie history and how they do it!

— The History of Matte Paintings in Movie History

— What happens when you cross the streams?

— Trivia and More from the Classic Ghostbusters (1984)

— Buy All Kinds of Ghostbusters Toys on eBay Now!

— Learn Why Winston Zeddemore is THE Ghostbuster Now!
Calls to the Audience:

— Is Ghostbusters a Comedy, or Not?   Tell us now!

— Is Ghosbusters Bill Murray’s Best Performance or Not?  Tell us now!

— Would 3 guys running down the street as Ghostbusters garb and gear go-over well in modern America/today?   Tell us now!

— Do YOU think of the actor that portrays Richard Thornberg or is he Walter Peck when you see him (William Atherton )    Tell us now!

— What is your ORIGINAL Destructor? Tell us now and win a copy of Ghostbusters (2016)   Tell us now!

— What else was a negative inside Ghostbusters?  Tell us now! 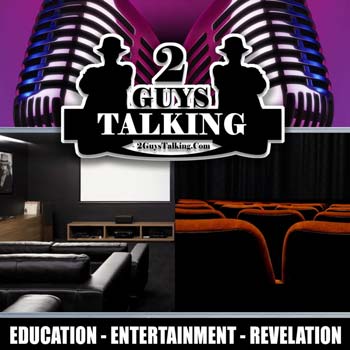