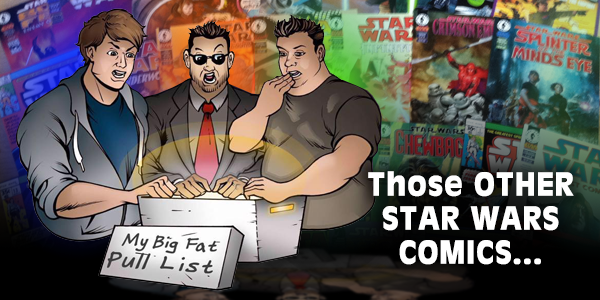 Comics based off of movies and television shows aren’t a new thing. As far back as the Golden Age you can find adaptations. A few of those adaptations even launched their own ongoing series. Sometimes those stories mattered and were included in what is called “cannon”. Other times those stories were just for fun, not having any impact on the larger narrative.

One of the great things about comic books is that there are no restrictions when it comes to continuing a story from another medium. Take the Star Wars Universe BEFORE Disney bought the rights. Not only were there dozens of novels that continued the adventures of Han, Luke and Leia, but comic books as well. Thanks mostly to Dark Horse Comics.

Strap in for a trip in to lightspeed as our trio of geeky hosts travel to the world of the Star Wars Expanded Universe to look at Those Other Star Wars Comics during this episode of My Big Fat Pull List!

— Heir To The Empire Trilogy or Thrawn Trilogy https://en.wikipedia.org/wiki/Thrawn_trilogy

— Do YOU remember any non-human stormtroopers in the Star Wars Expanded Universe?  Tell us now!

— What do YOU miss most from the Expanded Universe?  Tell us now!

— What character/characters would YOU like to see brought over from the Expanded Universe??  Tell us now! 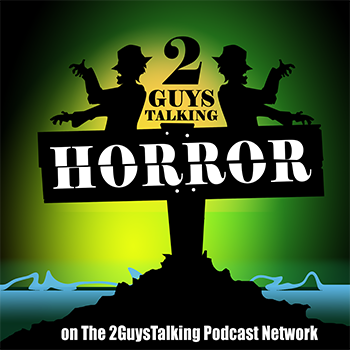