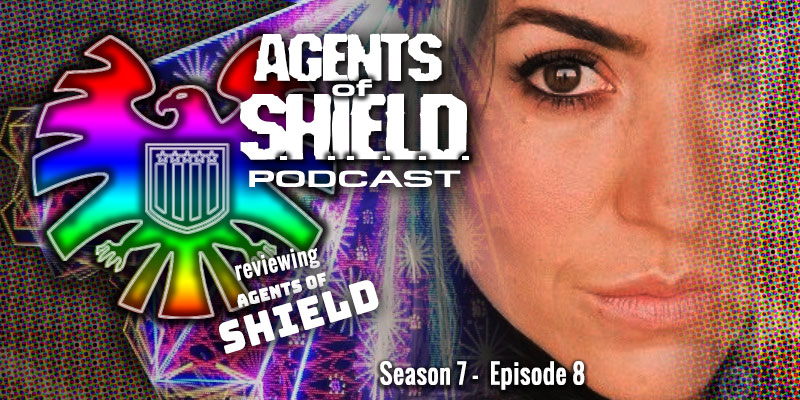 What is that comes after a dual-barreled 10-score episode set inside the FINAL season of Agents of SHIELD – to provide satisfaction to a fan base that thirsts for even more powerfully-paced, action-packed story-drive magnificence? Well, it all starts with a flashback, a detailing of what happened to the OTHER half of the team – while we watched the OTHER half in the other episode, and then starts paining an even more exciting diving board of awesome that propels us into the next episode! Have we now just shared everything there is to know about this episode and don’t need to share a review of it? OF COURSE NOT! It’s time for The Agents of SHIELD Podcast – a Complete, Detailed and always-educational episode of each and every episode of Marvel’s Agents of SHIELD – this time Season 7, Episode 8 – After, Before…

Season 7, Episode 7 “The Totally Excellent Adventures Of Mac And The D”