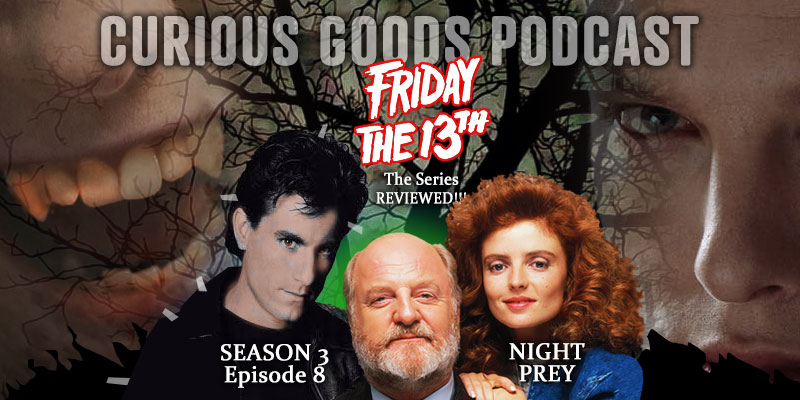 Who doesn’t love a good story about VAMPIRES? Add in a burney cross or two, some holy water, stakes to the heart and FORBIDDEN LOVE and you’ve got the true recipe to another grand entry in library of KICK ASS 80’s television!

It’s time for The Curious Goods Podcast – a Retell, a Revisit and an Always-educational Detailing of each and every episode of Friday The 13th: The Series. This time, Season 3, Episode 8 – Night Prey…

— Vampirism = The action or practices of a vampire.

— Ill-starred = Destined to fail or have many difficulties; unlucky.

— Unserviceable = Not in working order or fulfilling its function adequately; unfit for use. 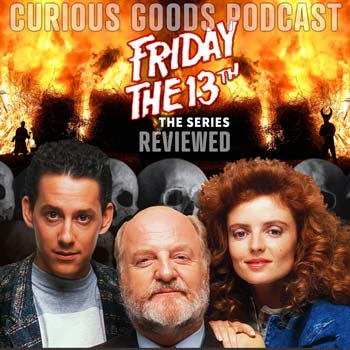 Educational, Detailed Reviews of the Hit Cult Series, "Friday The 13th: The Series"