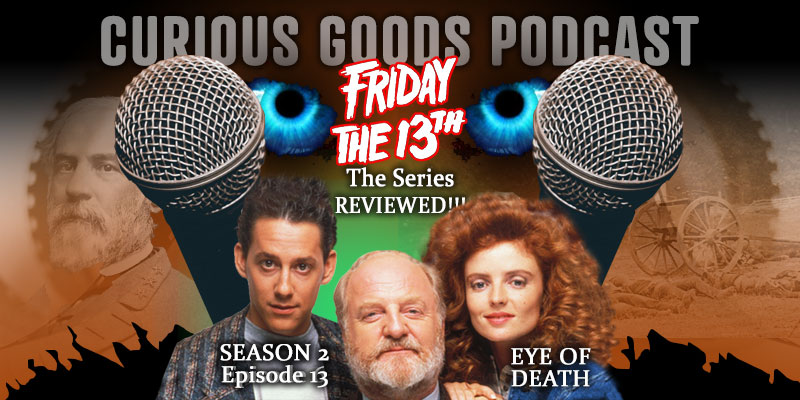 The Civil War. It wasn’t just brother fighting brother – it was the showcase for the war on – the future! A future where a man is utilizing a cursed object – a lantern – that utilizes aged photographic slides to re-enter the past – to then claim civil war relics but – there’s a TWIST! Isn’t there always!

This time – to power the lantern’s hellish powers – a kill must occur to open a portal back to the past – and another must happen in the past – to provide a deadly drawbridge back to the future! It’s dark. It’s history-laden. It’s got smart bad guys and it’s all a part of the plan that powers this episode of Friday The 13th!

It’s time for The Curious Goods Podcast – a Complete, detailed and always educational revisit to each and every episode of Friday The 13th: The Series. This time, Season 2, Episode 13 – “Eye of Death.”

— Auctioneer = A person who conducts auctions by accepting bids and declaring goods sold.

— Memorabilia = Objects kept or collected because of their historical interest, especially those associated with memorable people or events. 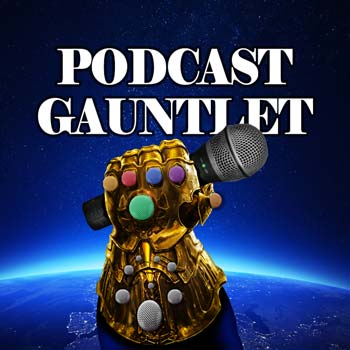