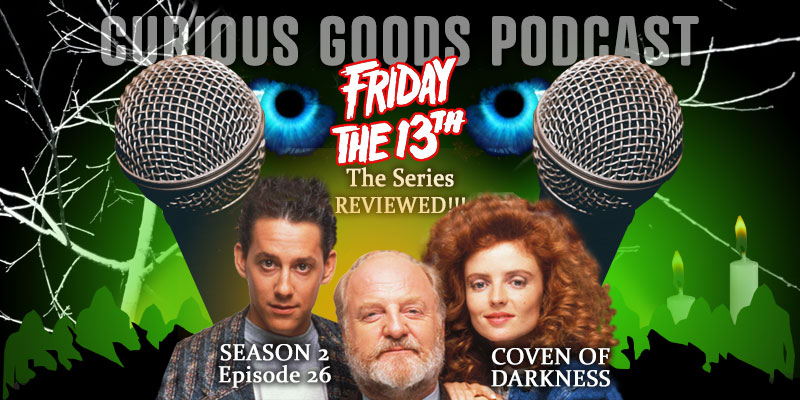 Which way will this LAST EPISODE OF SEASON TWO GO? The way of Witches, that’s where and boy is it a wild ride! A climb up a literal Witches Ladder! If you ever thought the last episode of the season of a television show needed to be a barn burner, well – prepare the rafters and kerosene because it’s time for The Curious Goods Podcast – a Retelling, a Revisit and a Complete Educational detailing of each and every episode of Friday The 13th: The Series. This time, it’s Season 2’s last episode, Episode 26 – “Coven of Darkness”

— Desecrate = To violate the sanctity of a spiritual or holy place.

— Pendant = A piece of jewelry that hangs from a chain worn around the neck.

— Coven = A group or gathering of witches.