The Castle of Common sense, while itself only a decade old, has been a series of conversations that I have been hearing – my whole life. On January 2nd, I receieved the most-recent episode of The Castle of Common Sense from Fast Freddie and put it in cue to edit, Then, it happened. I’d always known this day would come, but I’d hoped it would have been in another decade or so. On January 3rd, my Father, Fred Wilkerson (Fast Freddie) died. Fred was a true original and I knew that the day I asked him to come up with some short “lessons” that we could put into podcast format way back when. I told him that they would be not just an outstanding idea, not just an activity to keep his mind on-point, but a legacy. A legacy, that – like my own podcasting now over the last 12 years – will live on long after I’m gone. Now, his voice, message and legacy lives on – now that he’s gone. Thanks for your inspiration, your ideals, your wit and of course – your common sense that will continue to build additions, brick by brick, to your castle as your family continues to grow. I. Love. You. Pop.   — SonOne

Welcome back to the castle Lads & Lassies. Come on in, grab a mug of warm grog and find yourself a cushion by the fireplace in the great room.

Warm your bones. The topic today is GUN CONTROL?

No one disagrees, generally speaking, that felons, known terrorists and those who are known to be mentally ill should NOT be allowed to buy guns.

We all know who the pro and anti-gun groups are and what their stated positions are.

We all have a pretty good idea of how many answers we would get if we asked 10 strangers who should be able to own a gun and why.

However, the real issue has never been addressed or talked about in the public arena.

After all the heated words, arguments and vitriol have been exchanged it will really sifts down to this ONE word!

There is only ONE way ANY universal gun control could be put in place and that would be with a MASTER LIST. That is to say, a national computer database that contains the names of ALL of the people who should NOT be able to ever buy a firearm….right?

If this can be accepted as fact, then please be prepared to answer the necessary questions that
would have to go with such a major plan.

So, once again it would seem we have a crime related topic on which there is NEVER a shortage of people to articulate what is WRONG, but are unable or unwilling to offer SOLUTIONS that will actually solve the problem.

Why does that have such a familiar ring to it folks? Hmmmmmm?

Tell us what you think! It’s never too late to be an advertiser in this podcast, thanks to Perpetual Advertising! Contact Fast Freddie’s Castle of Common Sense now and learn more about why podcasting allows your advertising dollar to live across millions of future listeners – FOREVER!

Tell us what you think and we’ll use your comments in a future ALL-FAN-INPUT Episode! Educating the public is what we’ve based all of our programming on and we’re eager to connect with others who are doing it! Know about another podcast, YouTuber or other media generator making a difference in the way of perspective when it comes to law enforcement? Tell us about them now and we’ll link to them and have them in a future episode of Fast Freddie’s Castle of Common Sense!

Take a leap back around 500 years to a medieval castle to listen
to the wisdom found in FAST FREDDIE’S CASTLE OF COMMON SENSE.

Who is FAST FREDDIE?  He is a 75-year-old grandfather who has survived, thrived and then retired from over 50 years in the hot cauldron of customer service and business interaction. He is a man who has an opinion on everything. He likes controlled sarcasm.He dislikes zealots of all stripes. He believes in moderation in all things.He has no time for non-sensical causes. His mission? THE RESTORATION OF COMMON SENSE.

The Most Prolific Firearms in TV & Movie History – Volume 1 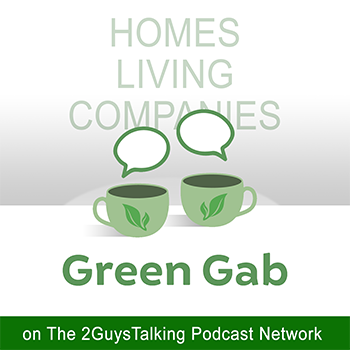